On Thursday, I began writing an article about the difference between personal finance in Mexico vs. the United States. You see, last week I spent several days in Mexico with a friend (who also happens to be my accountant). I had planned to finish the article on Friday. I came close. I got the YouTube version done and was nearing completion on the blog version.

But then Portland was hit with a winter storm.

Kim and I spent Friday afternoon prepping our yard for ice. Good thing, too. That night, our neighborhood was blanketed with an inch of freezing rain.

I’ve lived through a handful of ice storms over the past couple of decades. Two of them were worse than this when measured in inches. But when measured in sheer damage? Wow, this year’s storm takes top billing.

In our neighborhood, anyhow, it’s like a bomb went off. Dozens of downed trees and hundreds (thousands?) of fallen limbs and branches. These trees and limbs have taken down utility lines all over the place. Lots of people have damage to homes and cars. Fortunately, we don’t. 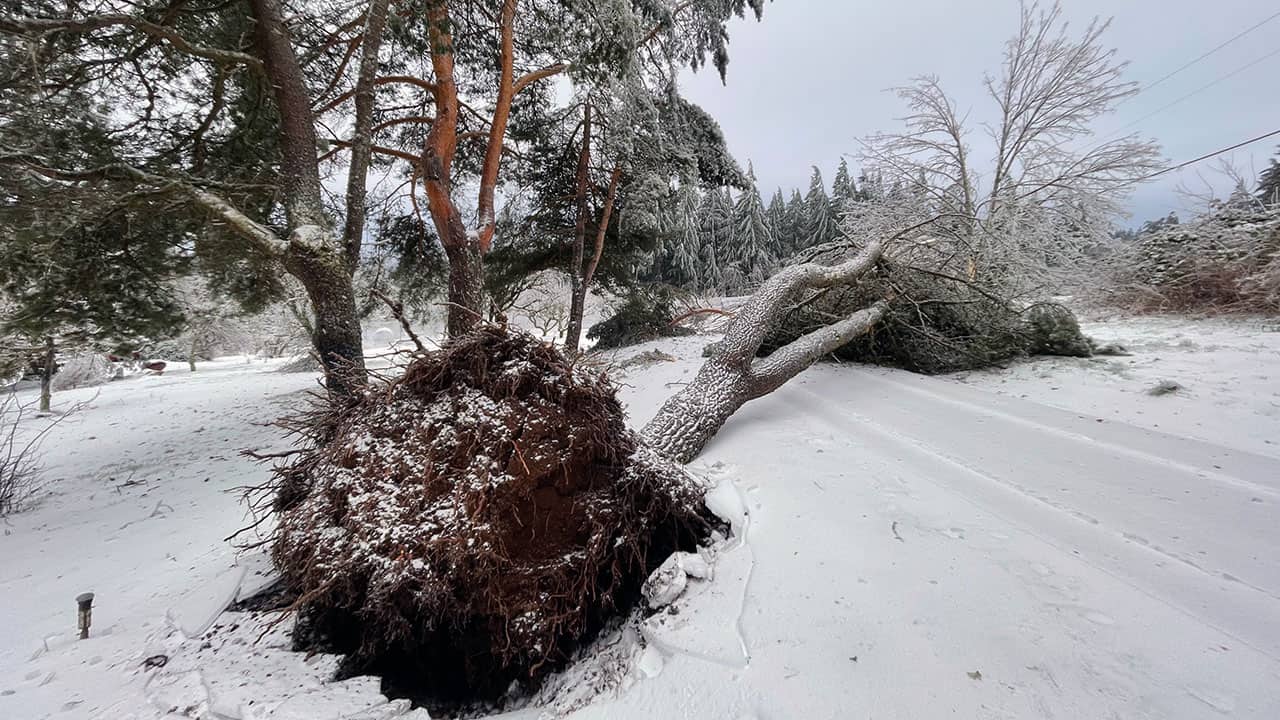 Kim and I have been without power and water and cell service since 10:30 on Friday evening. We’re safe though, as are our animals. We’ve been able to make do. We’re going to lose everything in the freezer at this point, but that’s not so bad, right? There’s no way to tell whether we have damage to our plumbing until power is restored, and there’s no estimate for that. It’ll probably be days. It could be a week or two.)

Like many other Porltanders, we booked a room in a local hotel for a couple of nights so that we could shower, shave, and have some warmth. But even that plan went awry. While booking over the phone, we requested (and were promised) a dog-friendly room. Turns out the hotel was not dog-friendly. So, after a quick shower (and after charging all of my devices), I drove our pup home. I spent the past two nights sleeping alone with our beasts in a cold, cold house.

Tonight, we may be borrowing a generator from one of Kim’s patients. We don’t know how to use a generator (and it’ll be dark when she gets home), but we’ll try to figure it out. Can’t be too complicated. Plus, YouTube is my friend.

As crazy as this is for us, I know it’s been worse for many other folks around the U.S. I’m not complaining — only observing.

Meanwhile, this week was supposed to see the launch of my new FIRE course at Audible. And, in fact, the course was released yesterday! But all of my grand plans for promoting the thing have been put on hold.

I don’t have the power or internet needed to do the work, you know? Right now, I’m grabbing a few hours of access from a friend who has graciously allowed me to use his office for the afternoon. But that doesn’t give me time to do any sort of serious promotion work. That’ll have to come when power is restored — which may be another week yet.

(p.s. We had our foundation inspected this morning. The house isn’t falling over, but to mitigate existing issues will cost $9000. I consider this a win, believe it or not!)

from Get Rich Slowly https://www.getrichslowly.org/an-ice-cold-update/
via IFTTT